"Wow, what another busy month Target Sprint Cymru has had.

On 7 April 2019, we had a Target Sprint Cymru training session, again at full capacity, with two new athletes joining us. With the weather turning better, training was outside in the Astro turf area.

On 27 April 2019, Llandovery College next hosted the first British Shooting Target Sprint Masterclass for eligible athletes and coaches. The event coaches were Erwin Weber (German Target Sprint and Summer Biathlon expert Coach, who flew over especially from Bavaria to give a detailed analysis and insight of each athlete's shooting and competition technique; Graham Bell (our Biomechanics expert), who gave a presentation and analysis on each athlete's training, and competition running and strength and conditioning planning and technique; and Robert Shawyer (British Shooting Educator and Wales TS head coach) who gave a presentation on training plans plus athlete individualised competition and performance planning and analysis. 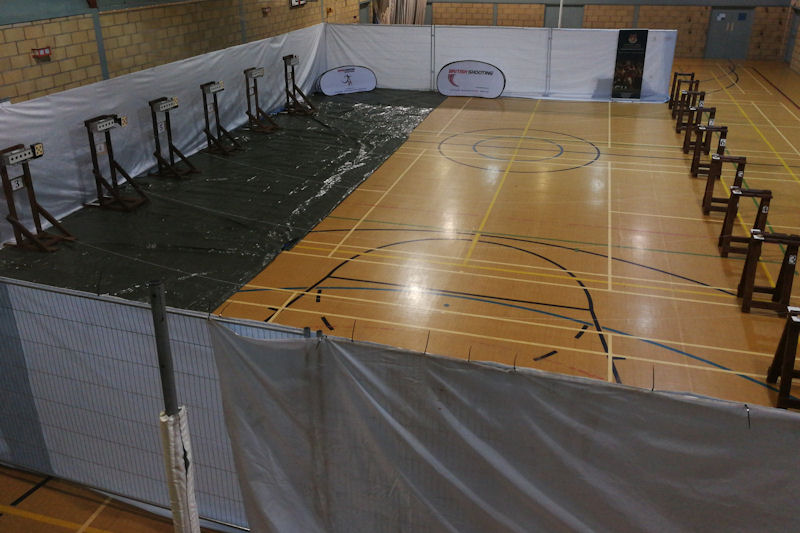 The athletes also had invaluable insight from Gorgs Geikie, of British Shooting, giving a talk about her experience as an Olympic athlete at London 2012. Meanwhile, managing the range and taking the opportunity to introduce athletes parents and family to the sport, we had David Carpenter and Huw Adams running the range and coaching and fitting in certification of safety certificates. All of this was in the picturesque and professional setting of Llandovery College Sports Hall, education room and athlete lounge with viewing area; with Mike Powell engaging with and looking after parents, family and friends. An amazing event for Target Sprint in Britain and an international profile raiser of Target Sprint in Wales.

Next stop on 27 April 2019, it was off to Manchester for the British Shooting NW Regional Centre competition.

Next up, Paul O'Callaghan put in a strong performance, again taking Gold and maintaining his British Ranked position of 3rd in Great Britain. After a short break Paul was competing again this time in the National Series event on larger 49.5mm targets and again taking Gold in his class and qualifying again for the National Series event in September 2019. Well done Emily and Paul with a flurry of Gold medals for the Welsh athletes.

Attending the event were Robert Shawyer, Target Sprint head coach, and Dai Watkins, Strength and Conditioning coach, to support our athletes in their performances.

The next events are the 11th May competition at Exeter, 12th of May competition at Southampton, 19th May TS Cymru Regional Centre training; then 28th May off to the Italian Open World Tour in which Wales has Emily Shawyer competing against the World's best.

It's going to be a busy month again!"